26 Streaming TV Shows You Can Binge in a Weekend (Photos)

Roche Happy Hour of the Damned by Mark Henry Day by Day Armageddon by J. Bourne The Rising by Brian Keene Zone One by Colson Whitehead Dust by Joan Frances Turner Raising Stony Mayhall by Daryl Gregory Can You Survive the Zombie Apocalypse? I love this book, which is essentially a choose-your-own-adventure for adults. Insanely entertaining, this is a must-read for anyone who considers themselves a zombie fiction fan. Set inside a hotel during a Star Trek convention, this look at a zombie apocalypse is laugh-out-loud funny and a book to be absolutely cherished by Trekkies and zombie fiction fans alike.

World War Z by Max Brooks Monster Island by David Wellington The Loving Dead by Amelia Beamer He sings a lot like Buddy. If you listen to "Best Friend's Girl" it has that poppy-rockabilly thing to it. Even with Elliott Easton's guitar playing. Some people mistake it for power pop. I think it comes from something deeper.

I also think they were like a pop version of Television or something coming out of New York's avant-garde scene. Like Suicide with pop to it. Some cool New York shit. When I was a kid, the Gulf Coast was filled with surfers who listened to the Cars. It was fucking cool. You do Jackson Browne's "Redneck Friend".

He has this reputation for being this sensitive singer-songwriter, but he can be funny as hell and bawdy too. I think that song demonstrates that. Everyone thinks that Waylon Jennings was driving around in a beat-up pickup truck, listening to Hank Sr. The truth is that he was driving a brand-new Jag around Nashville, listening to Neil Young, James Taylor, all that stuff.

James Taylor wrote "Bartender Blues" and George Jones recorded it with arguably the best vocal performance of his whole career. That's one thing I was trying to do: Blow the doors off this fucking silly genre loyalty. Kids today listen to so much. To not embrace something because you have some loyalty to some genre is selling yourself short.

I know people are saying about me, "He's doing a Gordon Lightfoot song, man. Elvis wanted to record "Sundown". That's one of the things I liked about Ken Burns' country documentary: Early on there isn't country music as we understand it. I grew up on country music. The difference between me and people from Des Moines is that seven-nights-a-week in my hometown, we had major country superstars performing.

I saw pretty much everybody. Everyone's freaking out on this documentary, but it's not for me. It's for the mainstream. If one kid picks up a mandolin or fiddle or an acoustic guitar and learns a song by the Skillet Lickers, it'll have done its job. It also makes me realize that Jimmie Rodgers wrote the book on guys like me. I left the band.

I got a solo deal. I'm a country musician who is obsessed with African-American blues musicians. I write and record songs so that I can write and record more songs. I think it's that way with all roots music from Texas. I'm sure blues players would tell you the same thing.


I was lucky. I got picked out of total obscurity by Waylon Jennings when I was But before I met him, I'd played all of those standards. I'd spent my 10, hours learning them inside and out. I learned that all I had to do was follow the singer. But Texas is its own planet and so different from the rest of the country.

It was hard to get out of back in the day. I have. I spent about six years just playing around Texas and making movies. Now I'm playing festivals for people half my age. You covered Dr. Feelgood's "She Does It Right" on this album. I think Wilko Johnson may have the best right hand in rock 'n' roll. 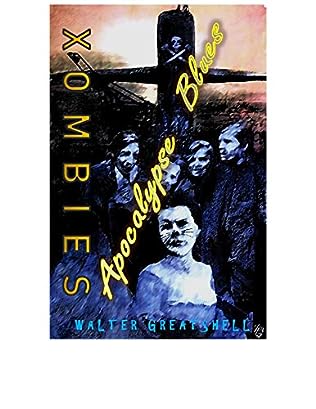 We played three shows in Spain. The guy is the embodiment of rock 'n' roll music. He's listened to all the right stuff. Those early pub rock bands invented punk rock. That's why I wanted to do that song. Feelgood is not popular in the U. Ric and Elliott were in the crowd. I didn't get to talk to them, but I assume that they liked it because they clapped when I was done.

But this is my rule on covers: Don't change the melody. Changing the melody to "The Star-Spangled Banner" is the fastest way to get booed, right?

But I do try to write a cool arrangement where, if the guy who wrote it heard it, he'd say, "That's cool. The guy's not trying to ape me. I think many of the best singers are like actors: They're trying to find the emotional truth of a song.

Do you feel that way, that if you can't connect to the emotion, it won't work for you? Front guys are creating characters. Mick Jagger had three or four characters. The guy who sang the country stuff, which was probably the result of being with a debutant from Dallas who probably had an amazing country record collection, and hanging out with Gram Parsons.

He also had the falsetto thing, which was kind of a Motown voice.